The Band outdid last year, with 12 outings through the lead up to Christmas,.  We turned out willingly, often in the cold and damp, and at BH2 with very impressive snow!  We are very grateful to our collectors, particularly to Martin and to our very own elf, Julie.

The Band had 11 Christmas jobs this year.   Members gave willingly of their time and our performances met with much public appreciation.

The sun shone as the band played for a garden party celebrating 30 years of dementia care at St. Cecilia Care in Westbourne. 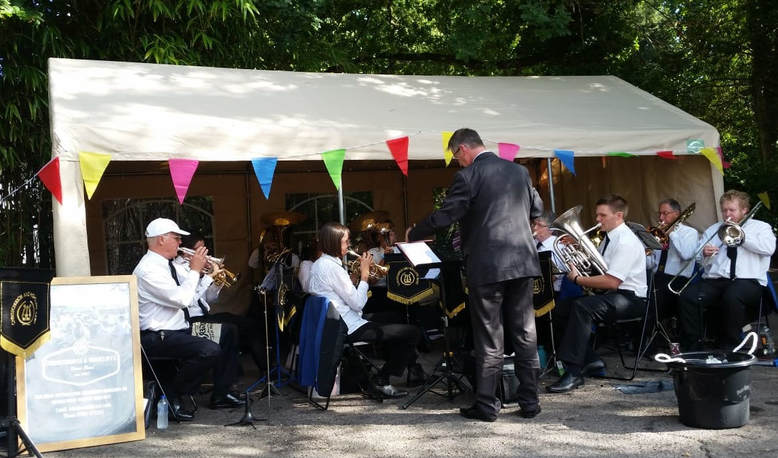 C and H Brass turned out in force at Beaufort​ Community Centre, while the public stayed at home to watch England play Sweden!

It happened in Monterey...  At very short notice, we were able to provide a small team of players to celebrate the opening of Monterey, to much acclaim. 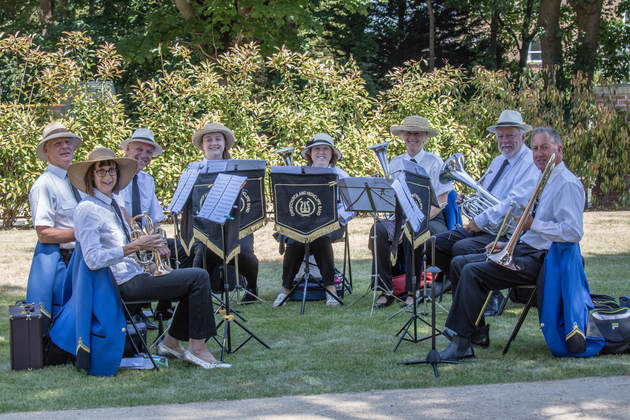 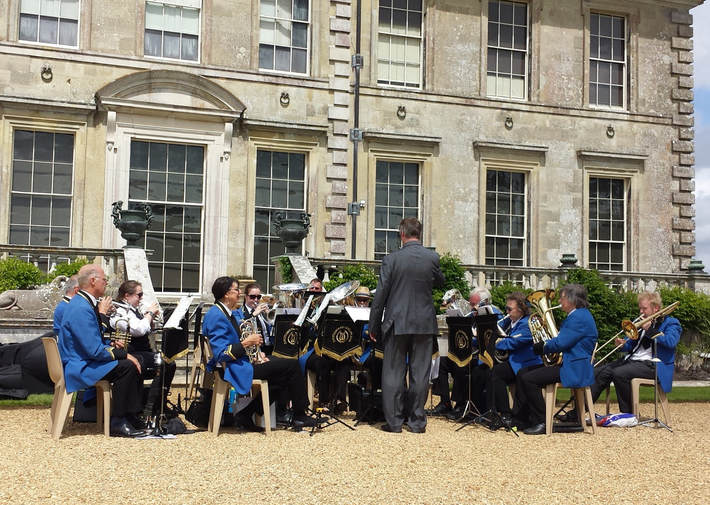 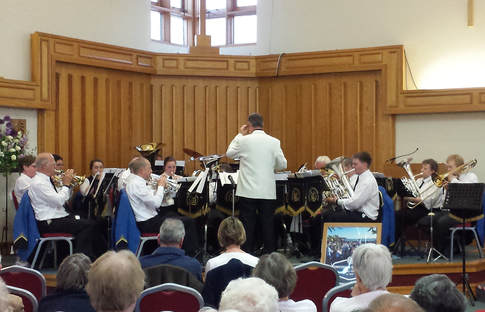 We had a really good turn out from band members for our 11 outings to play Christmas music and carols.  This year we  supported Crisis at Christmas with our collections. 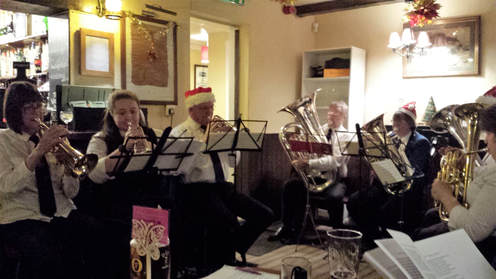 We won a cup!
We competed in the Wessex Brass Band Contest in November.  This was the first time in many years that the band has taken part in a contest, and the first experience many of us have had of competing.
"This new Unregistered Section was won in wonderful fashion by Christchurch & Highcliffe Brass who played 'Divertimento' by Bryan Kelly."  4barsrest.com 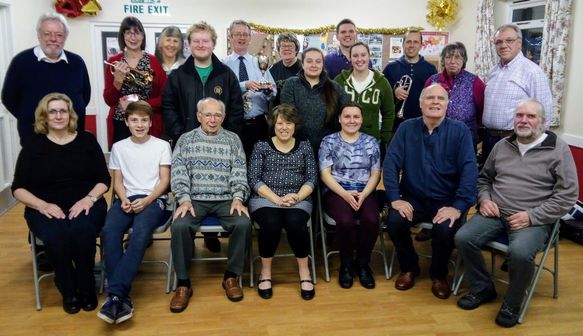 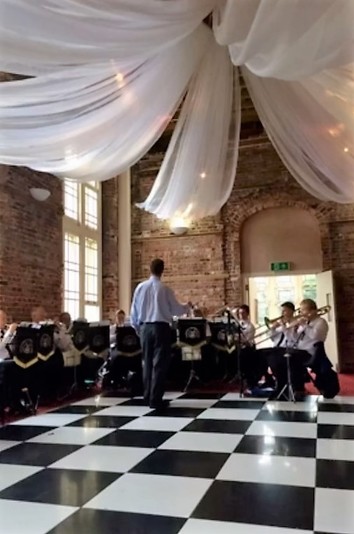 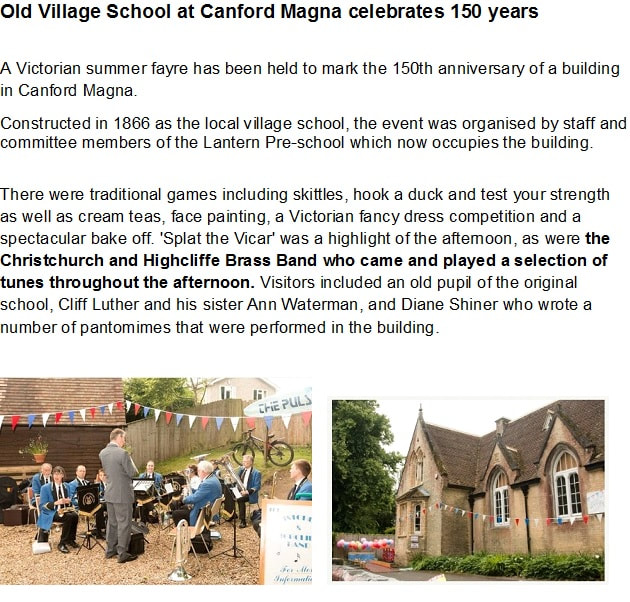 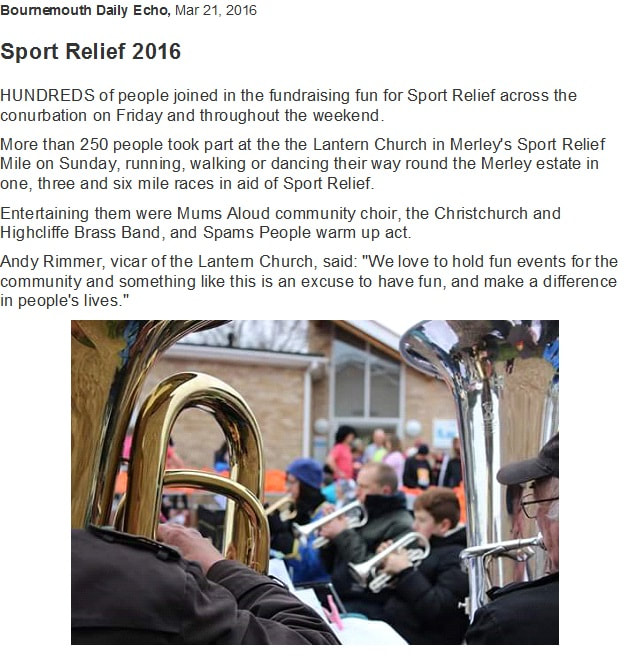 We had a very busy Christmas Season, with tremendous support from Band Members
​and great generosity from the public.​
Sainsbury's, Christchurch
Waitrose, Christchurch
Castlepoint Shopping Centre 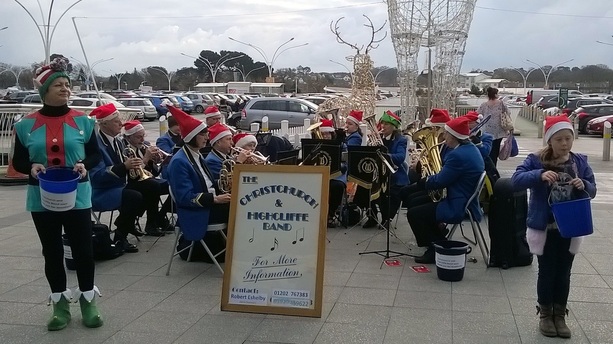 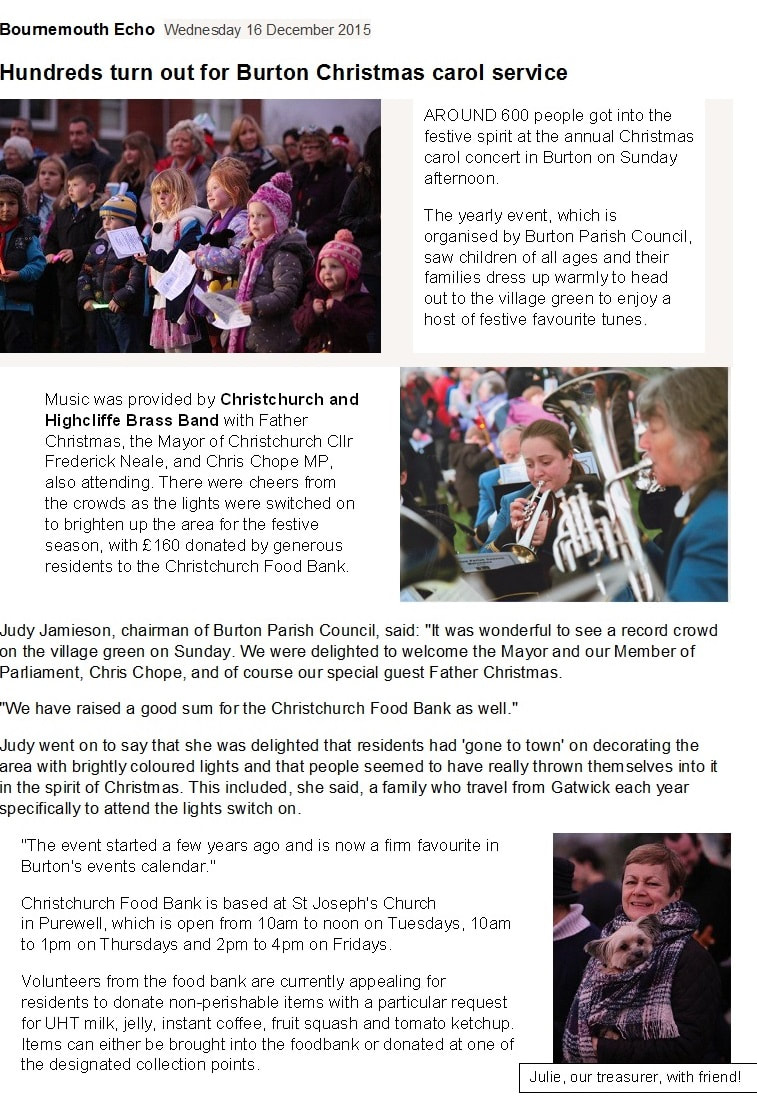 A Perfect Day in Poole Harbour
This was C and H Brass at its best.   With a backdrop of Brownsea Castle and a blue sky, the Band played five sessions through the day to a very appreciative audience.  A perfect finale to an excellent summer concert season. The smile o Lawrence's face as we all embarked for Sandbanks at 4.15pm said it all! 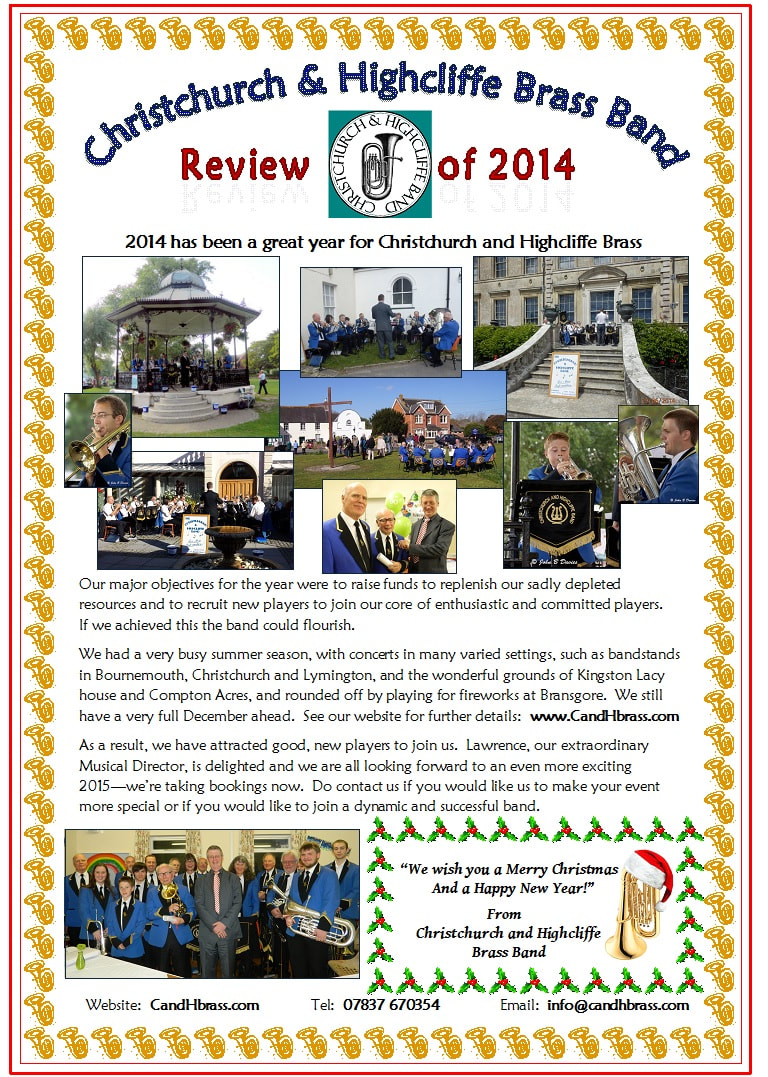 As caught by visiting phtotographer, John B Davies:
"Great show on Sunday.  Although we were at Christchurch for only an hour or so, the sound of BRASS set the mood and made the experience a memorable visit...  and the young man was fantastic."
Brass on the Grass
The weather on Sunday at Christchurch Quay was perfect for a Fun Day by the sea.  There were stalls of ice-cream and food, circus training, fire-eating and, just overhead, an amazing display of birds of prey of all sizes.  Then, to crown a glorious day, a brass band started to play from the elegant rotunda.
And our own snaps 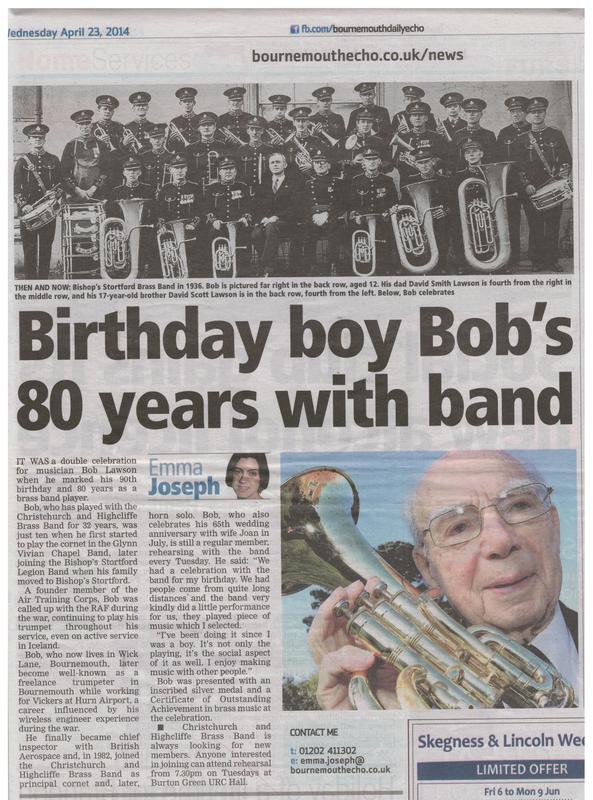 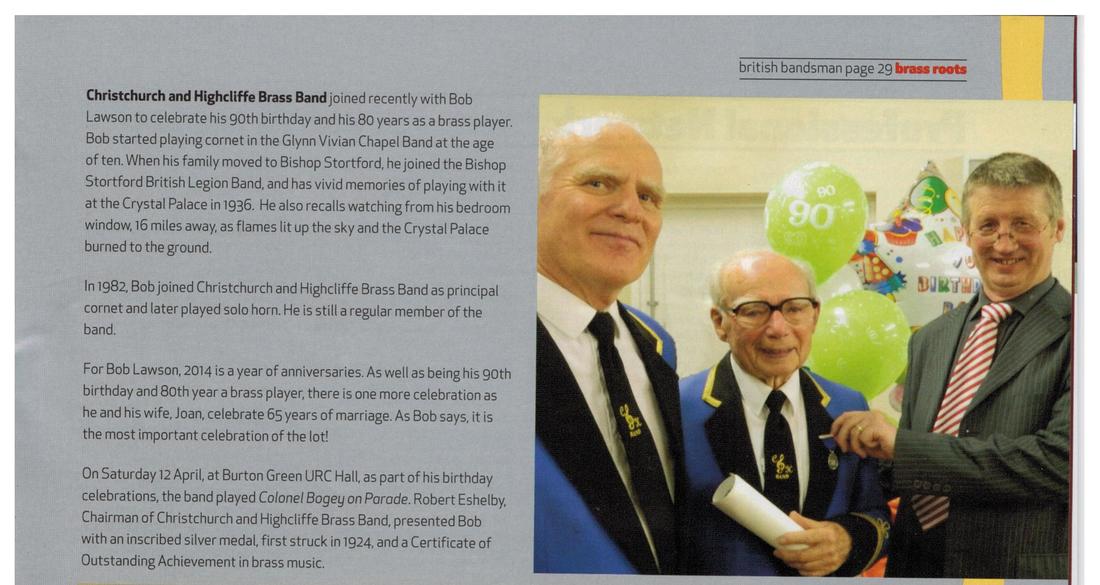